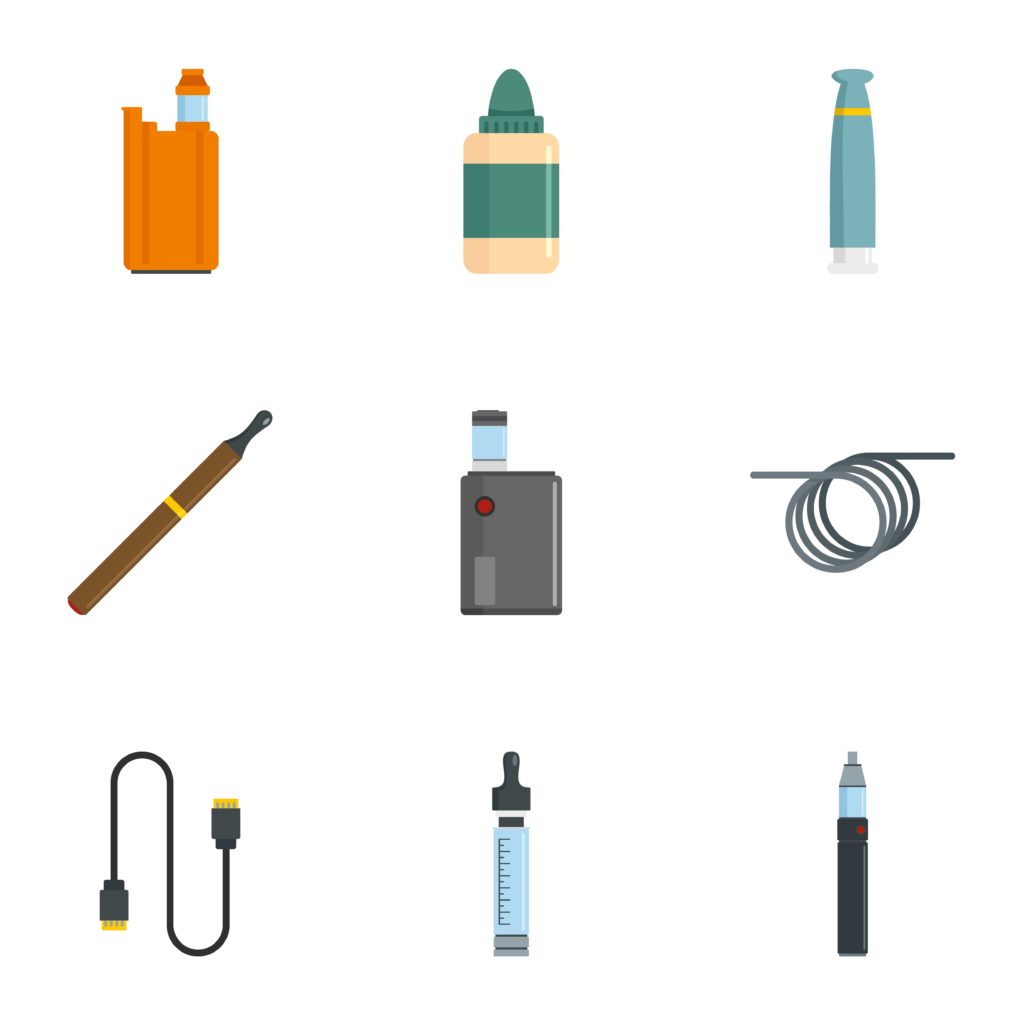 Vaping has helped many smokers to quit a dangerous habit that claims the lives of millions of people every year. We know that smoking is the primary cause of lung disease and one of the most preventable causes of heart disease. In addition, second-hand vape smoke does not pose any risk for people around you while you are vaping.

Cigarettes contain more than 7000 chemicals and at least 70 of them have been identified as carcinogenic.

Recent news in the US has warned about the dangers of vaping. However, this conclusion is very controversial and, as a matter of fact, in Europe the conclusion is completely different than in the US. In addition, there are also American health authorities that are very critical of this vaping panic.

Vaping saves lives and second-hand vape smoke is absolutely innocuous despite of all the controversy around this matter.

Vaping has been extensively promoted in the UK and there are even vaping shops in two UK hospitals. This is a part of the move by the hospitals to ban smoking around their premises.

The idea is simple, tobacco smoking kills, and vaping has contributed to the decrease of smoking rates in the UK and in many other countries. As a matter of fact, lung cancer was historically a very rare disease before the worldwide expansion of tobacco smoking.

Moreover, vaping does not pose any risk to second-hand vape smokers. In other words, there are no evidence than passive vaping is harmful.

Forcing vape users to go back to smoking poses a serious health risk. To sum up, banning vaping will increase the number of tobacco smokers. When someone craves for nicotine, they will find other nicotine sources and the easiest way will be going back to tobacco smoking.

The fact is vaping is the main reason why cigarette smoking has its lowest rates in history.

Tobacco smoking has hit its lowest rates in history since the worldwide expansion of tobacco smoking. This is great news as people who smoke have between 15 to 30 times more chances to develop lung cancer than non-smokers.

Vaping has become the best alternative for smokers to switch to a healthier alternative. It saves lives because it is helping to eradicate tobacco smoking. In other words, vaping nicotine is the natural evolution of nicotine intake.

As previously mentioned, there are no evidence that vaping causes any harm and second-hand vape smoke doesn’t pose any risks to people around you.

To draw conclusions, we need evidences and facts. To sum up, we can’t draw any conclusions based on hypothesis and theories about vaping.

John Britton, consultant in respiratory medicine at the University of Nottingham, considers the vaping ban indoors “pointless”. He wisely explains that send vapers out to vape with the smokers is like sending methadone users out with heroin users. Furthermore, Public Health England said that vaping is 95% less harmful than tobacco smoking.

We know that tobacco smoking is dangerous. However, it seems as we have recently started to forget how harmful tobacco smoking is. For instance, the media has paid a lot of attention on a localized vaping crisis that is still of unknown origin.

Nonetheless, we shall not forget that tobacco smoking is the primary cause of lung cancer and heart disease. In addition, tobacco smoking has claimed the lives of millions of smokers.

It’s important to keep the smoking rates low and, for that, we need replacement methods such as vaping as it is demonstrated that is as twice as effective as nicotine replacement therapies.

Believe it or not, there are news that say that it is better to keep smoking your cigarettes than switching to vaping. How can some journalist be that irresponsible and unscientific? Smoking seriously harms your health and vaping doesn’t. This is a fact, until a new scientific paradigm says otherwise.

The vaping crisis is just an American vaping crisis with no cases outside the US. For instance, as previously mentioned, UK promotes the use of vaping devices and the British health authorities are convinced that vaping has contributed enormously to the decrease of the numbers of smokers in UK.

There are many health authorities that have raised the voice to support vaping. Vaping is the most efficient method to quit tobacco smoking (twice more effective than nicotine replacement therapies). Therefore, it is irresponsible to demonize vaping without any scientific criteria to support these negative theories.

There are no vaping-related illnesses out of the US, and it is very likely that the vaping crisis in the US was caused by illegal THC products. Do we also want a black-market nicotine e-liquid market? I think the American health authorities should consider that black-market e-liquids will do even more harm. Hence, prohibitions are not a solution.

UK promotes vaping and even two hospitals have vaping shops in their facilities. The reason is simple, they don’t want patients to go outside and vape with smokers.

Finally, second-hand vape smoke is not harmful. Many health authorities state that banning vaping indoors was pointless as John Britton, consultant in respiratory medicine at the University of Nottingham said.

In conclusion, vaping has reduced smoking rates to its lowest in hundred years. A record low…