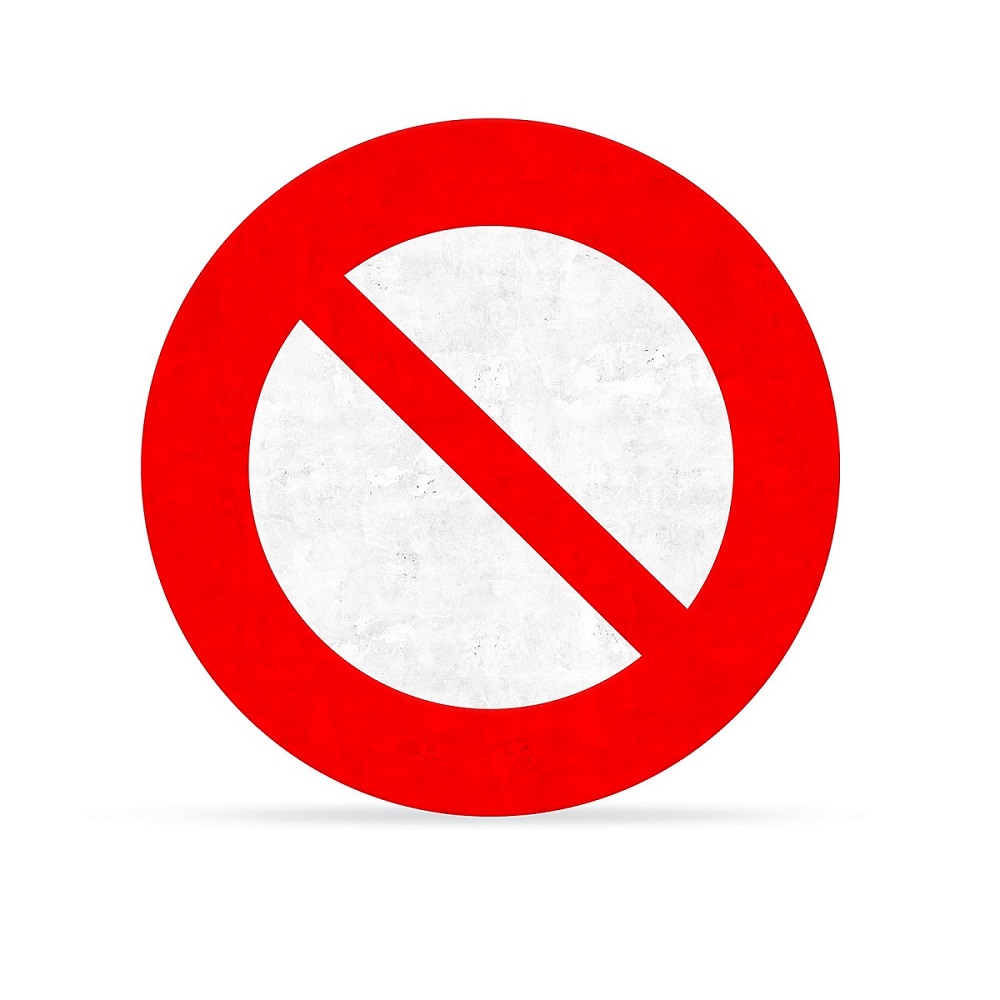 About a month ago I read some news about San Francisco becoming the first city to ban all vape sales. This was possibly the most draconian measure taken with regards to the vaping industry.

It is difficult to justify these measures from a purely objective perspective. Moreover, it seems as these draconian measures stem from the recent onset of respiratory illnesses reported in United States for the last month.

However, authorities are starting to clear up the real cause of these respiratory problems. And blaming vaping as the problem is just a pretext to attack an entire industry.

In this article I will cover recent news about vaping bans and its consequences.

Before this mysterious lung condition was reported, there were many news about the dangers of vaping and deaths caused by battery explosions. However, it seems as the battery explosions were not enough to persuade vapers to quit vaping.

Firstly, news reports were vague and with misleading headlines. In other words, it was difficult to draw conclusions about the dangers of vaping. Furthermore, it seems as one or two misfortunes, that sadly led to the death of one person in Texas, were enough to blame the entire vaping industry.

After these news reports with doctors demonizing vaping devices and almost comparing them to weapons of mass destruction, it was time to more fake news and inducing fear. Therefore, the next step was “vaping leading to death”, “terrifying vape disease” or “vaping killing teens”. If we just google “vape kills”, it’s astonishing the amount of news written for the last few weeks about this specific topic.

Apparently, some people got sick after vaping. However, the news reports were not sure about the relationship between vaping and this new and mysterious respiratory condition.

But, if they were not sure about vaping causing this new respiratory onset, why did they blame vaping without any proves?

The vaping industry is very big and diverse, for instance, Aspire is a manufacturer of vaping devices but not e-juices. Our vaping devices can be used to vape flavored e-juices, nicotine. Of course, the vaping devices pass all kind of quality controls and tests. In other words, a top brand like Aspire doesn’t want a bad customer experience.

Vaping has been used to quit smoking. Therefore, the conclusion is wrong, it’s not designed to get people addicted to nicotine, but to help smokers quit a dangerous habit.

In my opinion, alarming society by telling to stay away from nicotine or flavored e-juices is unnecessary. Especially, when the black-market e-juices seem to be the real cause behind these respiratory problems.

Would it be unfair if we ban coke drinks because they are causing diabetes? Or as I previously mentioned, banning alcohol because of annual cases of methanol poisoning?

It would be too extreme and unnecessary. However, it depends on how we approach this subject. For instance, the prohibition campaigns were promoted by the Prohibition Party and Woman’s Christian Temperance Union (WCTU). They alleged that the prohibition was a good method for preventing abuse from alcoholic husbands. In other words, no alcohol means no alcoholics. However, the prohibition era had the opposite outcome since alcohol consumption did not drop and a black market developed during that era. In short, it meant more moonshine production, no alcohol regulations or quality control standards.

Moreover, the bootlegged whiskey was often contaminated with metals and other impurities. Consequently, alcohol related poisoning was common.

The US government, in its crusade against alcohol consumption decided to start a campaign of poisoning bootlegged whiskey. How? By adding acetone, cadmium, chloroform and many other chemicals. Moreover, they decided to add methanol to bootlegged whiskey. In case you don’t know it, methanol is a toxic form of alcohol that if it is ingested it is potentially lethal and just 30 ml of methanol are enough to cause permanent visual damage.

To sum up, the prohibition era was catastrophic. Alcohol was not the primary cause of misconduct, and pietistic protestant organizations did not expect that outcome (black market, speakeasys, alcohol poisoning…). Believe it or not, we have been using substances since the existence of humankind.

Furthermore, possibly, many vapers in San Francisco would consider switching to tobacco smoking to get their daily nicotine dose. The San Francisco vape ban has prompted other major cities and States to consider banning flavored e-cigarettes. In other words, to ban e-cigarettes products result in economic consequences.

In the State of New York, flavored e-juices are banned to prevent youth from vaping. According to Gov. Andrew Cuomo, flavors such as candy or fruit e-juices are contributing to an alarming increase in youth vaping.

It seems, however, as the banning of flavored e-juices and cartridges is not targeting the products that caused the respiratory illnesses. On the contrary, more regulation for cannabis-based products is needed. Supposedly, many illicit cannabis e-juices contained a thickener mainly composed of E vitamin acetate and it might be the cause of the mysterious lung disease.

It was Michigan the State that had the honor to be the first one to ban flavored e-juices. The reason was simple, “to protect young people from potentially dangerous e-cigarettes”. Moreover, for Gov. Gretchen Whitmer, e-cigarettes are a public health emergency.

It seems as Gov. Gretchen Whitmer is very worried about health emergencies. I shall remind him that alcohol causes dozens of deaths per day on the roadways and tens of thousands of deaths annually caused by alcohol related illnesses. Therefore, I suggest him to completely ban alcohol. However, something tells me that they will never ban alcohol as this would be a highly controversial measure that will lead to a rapid decline in popularity.

This ban will last for six months, but it can be extended for another six months. Additionally, the Michigan Government is targeting vaping advertisements. In conclusion, they want to implement similar bans to vaping as smoking bans.

Let’s remind that there is no evidence that vaping is causing this respiratory disease. It is all based on hypothesis and not facts. For instance, we have more evidences about the negative impact caused by alcohol consumption than what we know about vaping.

Utah is also planning to ban the sale of flavored e-juices, which is based, again, in no concrete evidences. Meanwhile, millions of people can still smoke deadly cigarettes, but we have assumed that cigarettes are okay and an acceptable way to kill ourselves. In other words, let’s not forget that tobacco smoking is dangerous because of the combustion of plant material and the tar produced in the process. On the other hand, we do not have any evidence that vaping is potentially dangerous.

Vape Ban: What About Other Countries?

Europe has not reported any respiratory issues caused by vaping. In other words, the alleged vaping related illnesses have only been reported in the US. The information that European authorities have is that the respiratory onset was caused by black market products.  In conclusion, it was not cause by legitimate vaping products.

It is obvious that we need more quality control for e-juices. However, we cannot blame an entire industry for some respiratory illnesses that we do not know its origin or what causes it. Cannabis and hence THC products need to be regulated the same way as any other product.

If we prohibit flavored e-juices, would it cause a drastic increase of black market products? In my opinion it will, and we have the example of the prohibition era from 1920 to 1933.

We will give rise to more illicit substances with no quality controls whatsoever. And this is a future scenario that could cause more health issues.

Firstly, I am also against youth vaping. Vaping is not a toy for teens but a device to vape nicotine, non-nicotine e-juices or for vaping cannabis derived product for people who suffered from anxiety or side effects of serious illnesses such as multiple sclerosis.

Vaping is safe if you vape regulated products that have passed quality controls. Moreover, there are no reports of these mysterious illnesses in any other countries apart from for the US.

Vaping bans, as previously mentioned, is a strict measure. The US had many vaping products that were unregulated. On the contrary, for instance UK has tighter control regulations for all vaping products. In the UK, it is regulated for quality and safety by the Medicines and Healthcare Products Regulatory Agency. In other words, unregulated products are potentially dangerous and very common in the US.

Conclusion: So, why these strict measures?

Firstly, the American authorities mentioned the potentially dangerous effects of vaping. However, later they focused their efforts on banning flavored e-juices because “they target teens to get into nicotine vaping”.

The question is: is this ban because of the mysterious respiratory onset or because they do not want teens to get into vaping?

In my opinion, it is not clear if this ban is a consequence of the vaping and respiratory issues or as a way to take an active stance against teen vaping. Or, perhaps, to get more money from taxes…Who knows.

It is not logical to forbid flavored e-juices without any scientific results. We just know that all the respiratory problems are only reported in the US. Furthermore, teen vaping will not stop by forbidding flavored e-juices. The effect will be similar to the prohibition era, in other words, more black market, more “moonshine”.

Perhaps, the next step will be to forbid alcohol. The prohibition party (the oldest existing third party in the US) will be extremely happy about it.

In conclusion, banning vaping or flavored e-juices has more negative economic consequences than health consequences. For instance, many businesses in San Francisco are going to close because of the new San Francisco vape ban.

I say, absolutely no to teen vaping, but I also say “No” to extreme interventionism that brings many negative consequences, especially to small businesses.