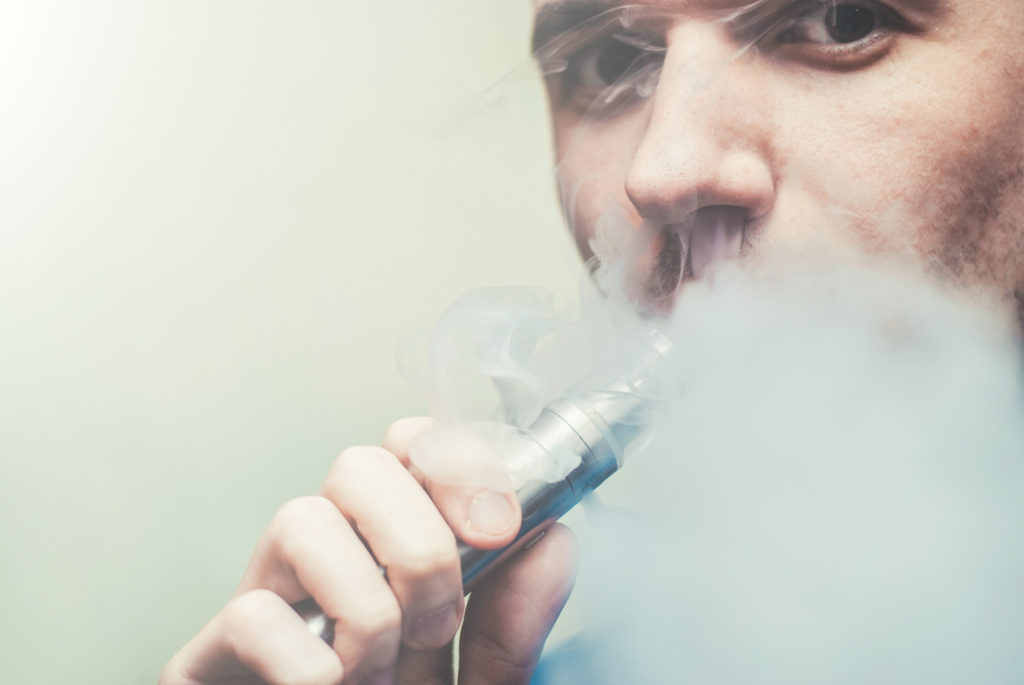 We still remember the scandal and controversy caused by an alleged illness caused by vaping. We know now that it was most likely caused by black-market THC e-liquids.

Vape news were so confusing that many people believed that vaping was worse than smoking. This is not only dangerous assumption but also far from reality. Furthermore, vaping is safer than smoking and it doesn’t cause any serious lung condition.

As matter of fact, and despite of all the controversy in the US, vaping is widely promoted in UK as a safer alternative to tobacco smoking. For example, there are two NHS hospitals that have opened vaping shops in order to help smokers quit.

In addition, Trump has recently rejected the FDA’s plan to ban e-cigarette flavors , a measure is logical and wise. Trump’s administration states that a ban on flavored e-liquids will only increase the production of black-market e-juices. Additionally, we know the negative health consequences that unregulated e-juices might cause.

Tobacco: Still the Primary cause of Lung Cancer and Coronary Disease

Unfortunately, many people are confused about vaping and its health consequences. Vaping is not worse than smoking and it doesn’t harm your lungs or your heart like tobacco smoking does.

Vaping is safer than smoking, but the percentage of Americans that perceive vaping to be equally or more harmful than cigarettes have increased. Obviously, with the health issues associated with vaping, this perception has increased even more. It is a pity that the perception of vaping equals that of tobacco, because vaping is safer than smoking and the alleged respiratory issues were caused by toxic e-liquids purchased in the black-market.

As JAMA states, the percentage of people perceiving electronic nicotine delivery systems as harmful as smoking rose from 36.4% to 43.0%, “while the percentage of adults uncertain of the comparative harm decreased from 25.3% to 19.3%”.

Why many people perceive vaping to be equally or even more harmful than tobacco smoking? The answer is simple…It’s the consequence of an irresponsible media campaign that blamed vaping of something that vaping wasn’t to be blamed.

On the other hand, the health authorities are very clear about tobacco smoking and its dangers. This whole vaping hysteria cannot divert attention from the real danger to human health.

Switching from smoking to vaping is a wise move. Otherwise, you would endanger your health with consequences that could be lethal. In other words, vaping can save the lives of many smokers.

As a matter of fact, lung cancer was very rare and uncommon prior the worldwide spread of tobacco smoking.

The main problem about the vaping crisis was the adulterated message that was created around it. Instead of waiting for conclusions, media jumped to draw conclusions from mere hypothesis. In other words, an unscientific methodology to draw conclusions about a problematic. The conclusion was an increase in the negative perception of vaping with respect to health, to the point that many people even think that vaping is even worse than smoking! Far from the truth, vaping still is much safer than smoking. In addition, any institution that says otherwise would be irresponsible and incurring a serious lack of truth. Furthermore, it can also have very negative consequences on the health of many people.

Things are returning to normal and that’s why President Trump warns that banning flavored e-juices would spawn counterfeit products.

Vaping is safer than smoking and there is enough scientific data to support this claim. There are some articles that claim that smokers should think twice before switching from tobacco smoking to vaping. Wrong! Firstly, the first thing you should do if you’re a smoker is to quit this dangerous habit. Secondly, if vaping is the easiest alternative and the most effective one, then do not even hesitate to try vaping to quit the dangerous smoking habit.

Vaping isn’t designed for teens, but to smokers to help them quit smoking. Furthermore, Vaping is twice as effective in getting people stop smoking than other alternative treatments for nicotine such as nicotine gums or nicotine patches.

In addition, vaping has an advantage over other nicotine replacement therapies. Vaping mimics the smoking habit. There are vaping devices that offer direct to lung and mouth to lung vaping modes.

As previously mentioned, things are getting back to normal, which is great news for vapers and the vaping industry.

Finally, it isn’t flavored e-juices what attracts teens to vape. Teens are attracted to new things and they are curious by nature. Fortunately, the US government has realized how draconian the anti-vaping measures were.