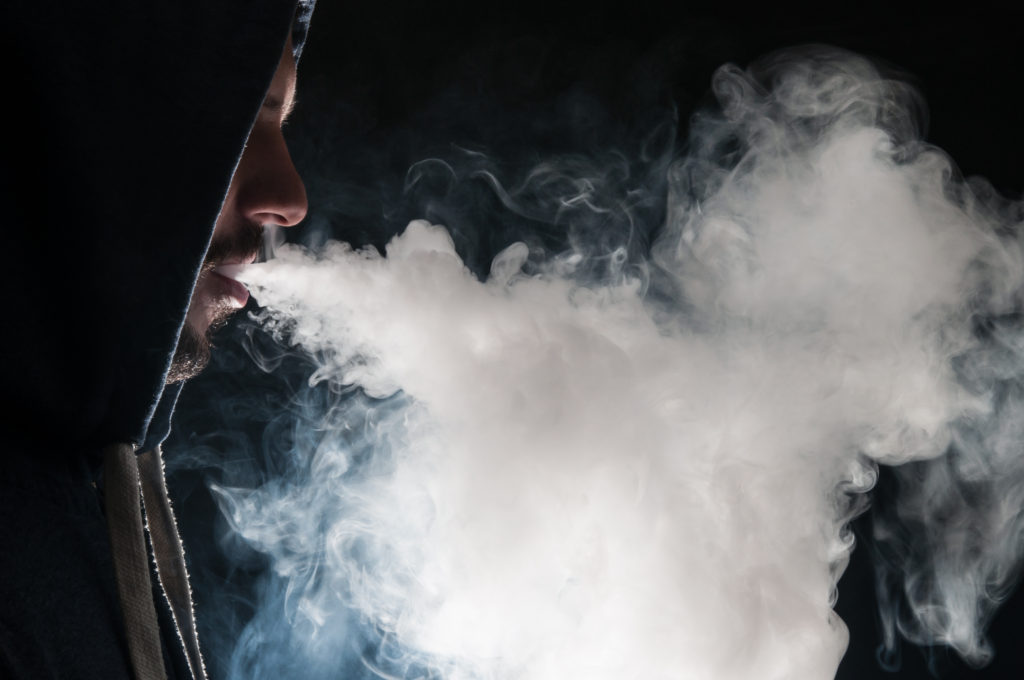 1. Not All E-cigs Are Prefilled

There are disposable pods but also refillable tanks, also known as clearomizers. Moreover, some vapers prefer RDA atomizers. Recently, RDTAs are very popular as the vaper can build their own coils without the need of dripping vape juice every two to three puffs.

Some users start vaping with “cigalike” devices and they will transition to more advance vaping devices.

Vaping devices are very simple to use, and perhaps just RDA atomizers are a bit more complicated. If you vape with RDA or RDTAs, then you’ll need to build your own coils and wick material. Therefore, these kind of devices are not recommended for beginners.

Moreover, if you are looking for more flavor and cloud production, you can vape with a sub-ohm vaping device. Sub-ohm devices have coils with a resistance lower than 1-ohm. In other words, if we have a higher voltage and a low coil resistance then we’ll get more electric current. The result is more flavor production and bigger vaping clouds.

Some vapers prefer disposable pods because they are more convenient. On the other hand, tanks are a better choice if you prefer a long-lasting option and also if you prefer to fill the tank with your preferred e-liquids.

The first devices were “draw-activated”, which means they activate when the user inhale from it. Nowadays, there are devices with firing button (the vaper needs to press the firing button to activate the device) and also with auto-fire option.

2. E-Liquids Don’t Have Any Magic Formula

There’s a lot of controversy about e-liquids. Nonetheless, e-liquids are actually pretty simple. Regulated vaping juices don’t have any magic formula. Generally, they are just a combination of propylene glycol, vegetable glycerin, flavors and other additives such as nicotine or CBD.

Vegetable glycerin is widely used in the cosmetic and food industry. When vegetable fats are heated (like palm oil, coconut oil, etc) under pressure or with some alkali such as lye. This process causes the glycerin to separate from the fatty acids. When mixed with water, it forms an odorless and viscous syrup-like liquid.

Both VG and PG are safe for human consumption and not only used to make e-juices. VG is even researched as a substance that can help to boost athletic performance and hydration.

Furthermore, vegetable glycerin doesn’t carry flavored that well, but it’s great for cloud production. On the other hand, propylene glycol is great for flavor delivery and also to give the vaper a throat hit.

3. Vaping Isn’t Only About Nicotine

There are many reasons why people choose non-nicotine ones. It could be that some people start vaping nicotine and they progressively switch to non-nicotine juices.

There are also vapers who enjoyed vaping for cloud production or simply to enjoy the taste of flavored e-liquids.

There are many flavors and many other kinds of vaping e-liquids. In addition, there are some companies that market vape pens with vitamins.

In addition, when you vape you have more vapor production (and nicotine) on each puff. Therefore, the vaper usually doesn’t need very high nicotine concentrations. Moreover, nicotine affects the flavor of the e-liquid and thus, some people choose to vape low-nicotine ones.

Vaping was invented to help smokers quit a dangerous habit. The first modern e-cigarette was invented by Hon Lik (Han Li). The first device was called the Ruyan and it consisted of a battery, a pod and an atomizer.

It was created as a healthy way to inhale nicotine. Instead of burning the plant material, the new system vaporizes the e-liquid.

Vaping doesn’t contain carcinogenic substances like tobacco smoking. For example, the combustion of tobacco produces tar, which is a sticky black liquid, a thick oil that is very harmful and carcinogenic to humans.

The vaping industry target mainly ex-smokers. There are millions of ex-smokers that quit smoking thanks to vaping. As a matter of fact, it’s a more efficient method than smoke replacement therapies. Furthermore, more than 50% of vaping users are ex-smokers.

We are completely against teen vaping and we fully support more control and regulations to prevent teens to start vaping.

The idea of vaping was conceived as a healthy nicotine-intake method and not as a method to target teens. It’s true, however, that some teens experiment with these products as they do with many other things. Nonetheless, vape shops are very strict and don’t sell e-liquids or vaping devices to teens.

In Europe we have the TPD directive. For instance, in TPD countries vaping devices cannot have tanks with a capacity greater than 2 ml. Moreover, all vaping devices are required to include a warning signal about nicotine and its addictiveness.

Regulations vary depending on the country. The US has approached vaping in a strict and sometimes unreasonable way. On the other hand, there are countries like UK that are more supportive. For instance, there are two UK hospitals that have vaping shops, and e-cigarette use is allowed on their grounds.

6. Vaping vs Smoking: Vaping Is 95% Less Harmful Than Smoking

Public Health England published and expert independent review on e-cigarettes that concluded that e-cigarettes are much less harmful than tobacco smoking.

As a matter of fact, there are no studies that have found any evidence about vaping and negative health effects. Mostly, there are just preliminary studies with no clear conclusions.

Some studies claim to have found some toxic substances in e-cigarettes but in levels from 9 to 450 times lower than normal cigarettes.

There is much controversy about vaping and long-term health effects. Moreover, what kills people isn’t nicotine, but all the carcinogens present in tobacco smoking. Dr. John Britton from Nottingham University compares the health effects of nicotine use to caffeine.

Many of our daily routines and activities might have negative health consequences that are even more dangerous than vaping (anxiety, sugar, sedentary lifestyle…).

Some experts claim that vaping indoors was completely unnecessary as vaping doesn’t pose any risk to second-hand vape smokers. In addition, vaping has contributed to the decrease of smoking rates in the UK and in many other countries. Moreover, there are many experts who consider the ban of vaping indoors completely pointless.

There will probably some consequences of long-time vaping. We aren’t saying that vaping is completely safe, but if you are a cigarette smoker, the long-term effects of tobacco smoking are so massive that is inconceivable that e-cigarettes could reproduce the tobacco smoking health effects.

A British study concluded that people with 1-year of tobacco smoking abstinence, 80% were using e-cigarettes and just 9% were using other methods such nicotine replacement therapies (nicotine patches, gums etc.).

9. Not All Authorities Are Against It

The vaping controversy is mainly a US phenomenon. All the negative news and panic have been exaggerated. For instance, in the UK vaping has been even promoted and British health authorities consider that banning vaping is a risk as many users will consider switching from vaping to tobacco. Furthermore, let’s not forget that smoking kills and it’s the primary cause of lung cancer and heart disease.

Vaping has more positive opinions in the UK than in the US. Moreover, there is no international consensus about vaping and its health consequences.

There are many vaping studies. From vaping as a tobacco replacement method to vaping and its health consequences. Many independent organizations speak about the health benefits of switching from tobacco smoking to vaping. In addition, Action on Smoking and Health concludes that people who vape are more likely to quit smoking.