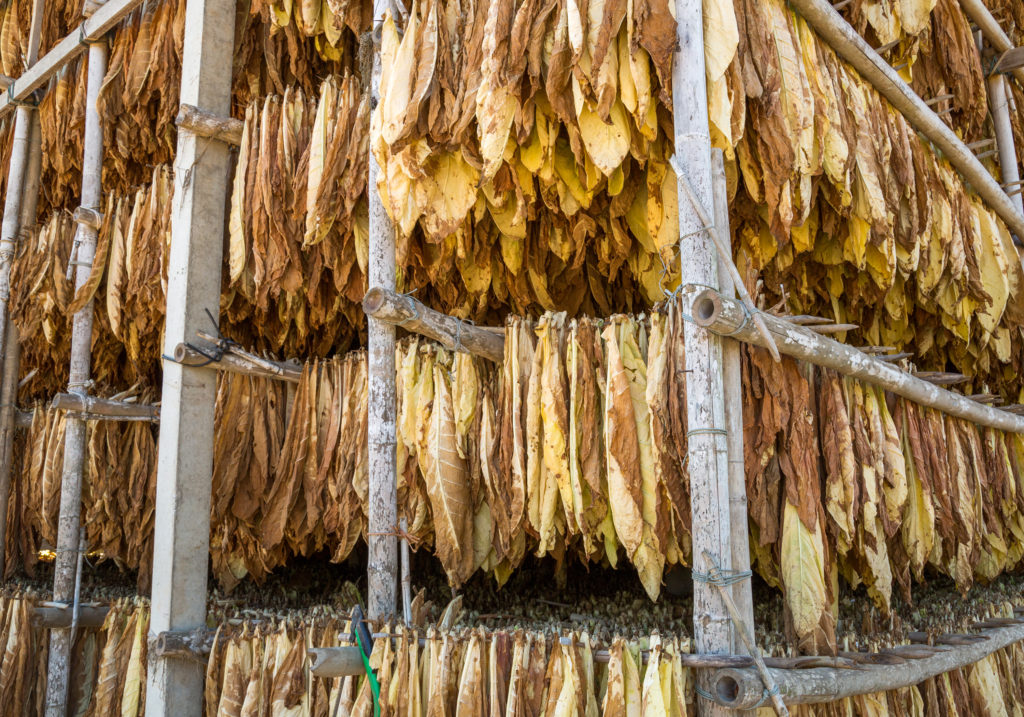 Tobacco consumption has evolved from cigars and tobacco concoctions to vape juice with nicotine. The tobacco plant is native to the Americas where it was widely used well before the arrival of the Spaniards. For example, it was used as a trade item and smoked for social and ceremonial events.

Xochipilli, the Aztec god of arts, flowers and earthly pleasures was often represented with the tobacco flower. Tobacco was considered a gift from the creator and it was also used in ethnobotany for medical treatments.

There have been many attempts to reduce tobacco impact on health. From low nicotine cigarettes to nicotine replacement therapies to more advanced and recent methods such as vaporizers. In other words, consuming nicotine without burning the plant material.

Spain was the first country to impose taxes on tobacco in 1611. Shortly after, the government turned tobacco trade into a monopoly.

In United States, Virginia, North and South Carolina and Maryland started to intensively grow tobacco. By the 18th century, Virginia (with a population of just 300,000 inhabitants) produced 35 million kg of smoking and chewing tobacco!

Tobacco combines sedative and stimulant effects. Nicotine, a potent stimulant and parasympathomimetic alkaloid, constitutes between 0.6% and 3% of the dry weight of tobacco.

As we can see, tobacco rapidly spread all over the world and became the most popular drug.

As we previously mentioned, the health consequences of smoking and chewing tobacco were unknown.

The numbers of patients with lung cancer increased dramatically in the 1930s and 1940s. As a matter of fact, before tobacco smoking became commonplace, lung cancer was an extremely rare disease.

It was not until 1964 that a study linking smoking to heart disease and lung cancer was published by the U.S. Surgeon General.

As previously mentioned, tobacco was used as a trade item in pre-Columbian America. In addition, it was used both for social and ritualistic purposes. Tobacco was both smoked and taken in the for of tobacco concoctions. As we can see, it has evolved a lot from old rituals to vape juice with nicotine.

Nicotine as a Pesticide

Vaping has become the most popular alternative to tobacco smoking. Vape juice with nicotine comes in different nicotine strengths. Moreover, there are mainly two types of nicotine in e-liquids: freebase nicotine and nicotine salts.

A vape juice with nicotine comes in different nicotine strengths. From just 4mg/ml to vape juices that contain more than 36 mg/ml.

Nicotine isn’t a cancer-causing substance. Although not cancer-causing or excessively harmful, nicotine is highly addictive, and it exposes users to tobacco smoking. The most negative effects of tobacco are caused by burning the plant material. This is harmful because the combustion of tobacco plants produces tar and many other carcinogenic substances.

As previously mentioned, nicotine is an interesting substance because it has both sedative and stimulant properties. Perhaps this versatility is what makes nicotine so popular.

Nicotine is a stimulant as well as a sedative. The person feels a “kick” when the body is exposed to nicotine, which is partly caused by nicotine activating the adrenal glands, resulting in adrenaline release. The body is stimulated by this surge of adrenaline. Glucose is immediately released, as well as increased heart rate, breathing activity, and blood pressure.

The negative health effects of tobacco smoking aren’t caused by nicotine. Nicotine is a stimulant similar to caffeine. However, the combustion of the plant material produces tar and other substances. Tar is carcinogenic and it accumulates in the lungs and mucous membranes.

Tobacco smoking is considered the primary cause of lung cancer and heart disease in the world.

Some people have switched from tobacco smoking to vaping because it is a safer alternative than tobacco smoking. Moreover, there are vape juices with nicotine in different strengths.

Some smokers tried nicotine replacement therapies, but according to some studies, vaping has been more efficient than nicotine gums and nicotine patches.

Tobacco has been widely used since pre-Columbian times. In addition, its consumption has been in constant evolution. Nowadays, vape juice with nicotine is an alternative to traditional intake methods such as tobacco smoking and chewing tobacco.

The main reason why people vape is that it is a healthier option that does not generate tar or other carcinogens associated with smoking tobacco.