Vaping Worse Than Smoking and Causing Water in Lungs? 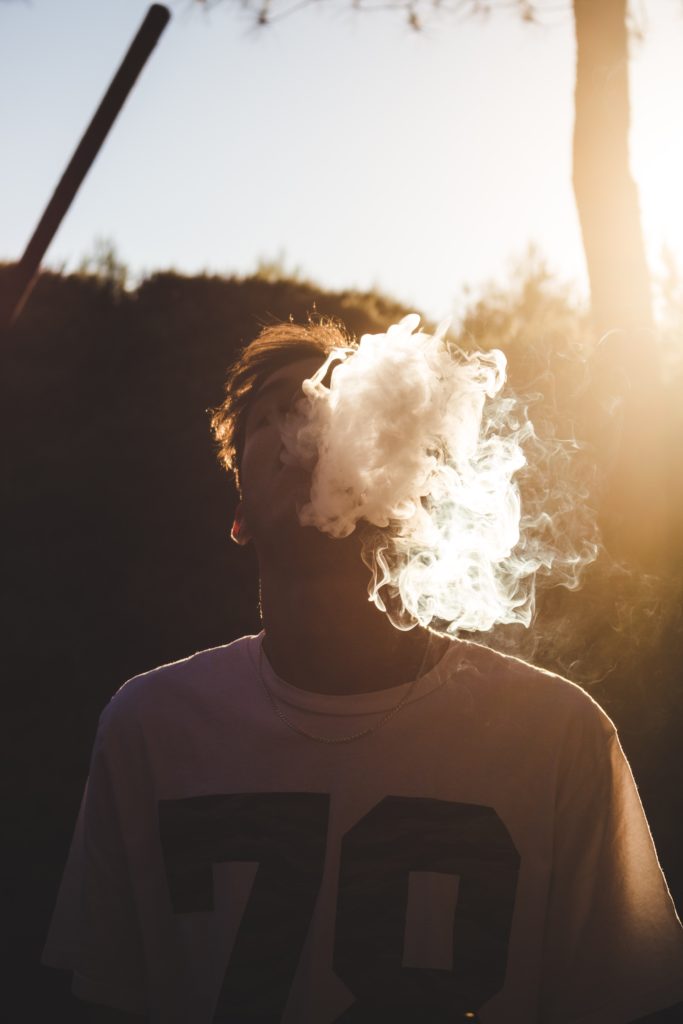 Vaping and water in your lungs?

There are many users concerned about vaping and its potential negative impact on the users’ health.

One of the most common concerns is if vaping can cause “water in lungs”. Additionally, news has started to appear about teenagers developing “wet lungs” after just a few weeks of vaping.

Is it true that vaping causes “wet lungs”? If so, what’s wet lungs?

These news have begun to appear alarming vape users about the risks of developing some sort of respiratory condition or lung inflammation.

Wet lungs is actually a lung and pleural inflammation called hypersensitivity pneumonitis. This affection could be caused by multiple reasons, but it’s mainly caused by an allergic reaction after inhaling chemicals, dust, fungus or molds.

Vaping and water in your lungs aren’t correlated. As always, there are users that might have some pulmonary condition that could lead to lung inflammation. Nonetheless, implying that vaping causes lung damage is not based on any qualitative or quantitative scientific results!

What are the symptoms?

Symptoms of hypersensitivity pneumonitis include:

Recent information published on CBS news about allergic reactions caused by vaping, mentioned the case of a teenage woman who “developed wet lungs” after a few weeks of using e-cigarettes.

Apparently, this teenage woman had previous allergic reactions to nuts, specifically hives and lip swelling after eating Brazil nuts. In conclusion, this specific case cannot be used as an example of “vaping and water in your lungs” (actually, hypersensitivity pneumonitis) or an allergic reaction to vaping…

Additionally, the aforementioned example of “vaping and water in your lungs” treats the clinical history of a patient who has asthma and that was medicated with albuterol.

A myth, no smoking gun

In conclusion, vaping and water in your lungs or vaping and lung damage are actually a myth. We can’t imply by one or two cases of lung inflammation that vaping isn’t safe or that vaping damages your lungs.

According to Medical News Today, popcorn lungs or bronchiolitis obliterans, is “a rare condition that causes airway scarring due to inflammation and eventually lung damage”.

This condition damages the bronchioles, and it is called “popcorn lungs” as it was commonly caused by a chemical called diacetyl present in microwave popcorns.

The symptoms of “popcorn lungs” can go unnoticed as they are generally subtle, and they progress slowly. Therefore, many times could be confused with a common cold or other respiratory affection.

Common symptoms are dry cough, shortness of breath or wheezing. Bronchiolitis obliterans has no cure, it’s a chronic illness that can be stabilized and slow its progression with an adequate treatment.

Why are users concerned about vaping and popcorn lungs?

So, what’s diacetyl and what is it used for?

Diacetyl was, as previously mentioned, commonly used in microwave popcorn to add a buttery flavor to it. Furthermore, diacetyl is found in many dairy products (butter, cheese, milk, margarine and even coffee).

Diacetyl is safe for human consumption and it has always been used by humanity along history. Goods containing diacetyl are below levels of causing any health issues. Furthermore, the aforementioned MW-popcorn workers that developed “popcorn lungs”, is controversial.

In other words, there is not enough facts and scientific results to state that diacetyl is a primary cause for the development of any serious pulmonary disease.

Moreover, breathing the fumes of diacetyl is what apparently might cause “popcorn lungs”. However, popcorn lungs is a rare disease with very few cases. Furthermore, a person needs to inhale the fumes from diacetyl for many years in order to develop bronchiolitis obliterans. Besides, not all e-juices contain diacetyl.

In addition, the approved thresholds for diacetyl are much higher than the levels found in popcorns or e-juices, which are below the recommended limits.

Obviously, it’s completely normal for vapers to worry about this news talking about the dangers of diacetyl, but let’s not forget that diacetyl is present in many other goods.

Nevertheless, if vapers still worry about e-juices with diacetyl, there are many other e-juices that are diacetyl free.

Furthermore, a person who smokes exposes himself to much higher levels of diacetyl that a person that vapes.

In conclusion, we need more research about diacetyl and its impact on human health. We recommend a responsible use of any vaping product.