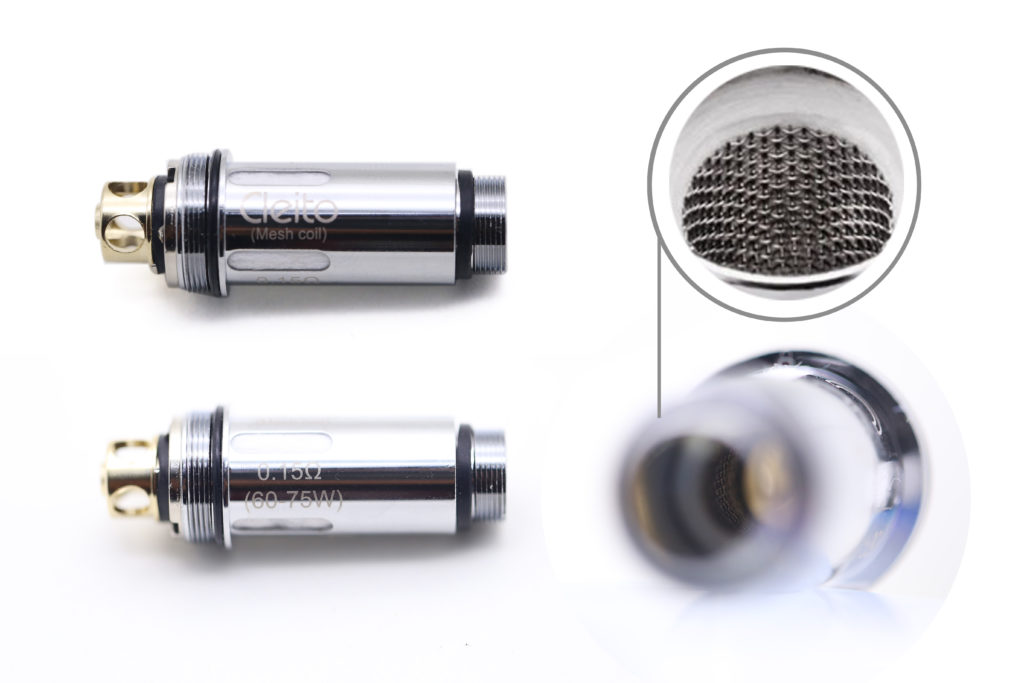 Many months ago, I tried what I thought was a gimmick, a friend of mine had just bought a new RDA that used mesh.

A very fine mesh granted but mesh all the same. He was raving about the flavor and yes it did have great flavor but …. he said the dry hits that he’d had nearly choked him! Hot, acrid, and definitely not something you should experience.

Now, being a kind of lazy, forgetful vaper, I decided to give it a miss right there and then and never touch one again.  I was in fear of chocking on some acrid, extremely hot dry hit. Knowing me as I do, I would forget to drip or not realize exactly when it was time to drip. Another thing was how available was the mesh? His RDA came with lots of ‘strips’ of mesh, but how long would they last? How easy, or difficult would it be to get more? I had no interest in finding out.

Months later I saw sub-ohm mesh tanks coming onto the market, the reviewers seemed to like them, they never mentioned dry hits (probably because you could monitor your e-liquid in the tank easily) and they all raved about the flavor.

Still I had no real interest, I’m fine with my normal vertical coil sub-ohm tanks, especially my latest acquisition from Aspire, The Puxos kit with the Cleito Pro tank and the 0.5-ohm Cleito Pro coils. A truly awesome set-up, I hadn’t put it down since I got it.

Then I heard that Aspire had also launched a mesh coil, and guess what? It’s made for the Cleito Pro tank! Woohoo!!   I just had to try it, so try it I did.

It looks just like the standard Cleito Pro coil, but it’s rated a bit lower at 0.15, probably due to the extra metal in the mesh compared to the normal wire coil, the wicking ports in the mesh coil are just as big so I had no concern about getting a dry hit and of course I could monitor my e-liquid levels through the clear glass of the tank.

Just to be sure though, I primed the coil before installing it and let it stand for a good while to saturate, probably longer than I needed to but I like to be on the safe side with things like this. Aspire’s Cleito Pro mesh coils are rated just a little lower than the original Cleito Pro 0.5-ohm coils, 60–70 watts instead of 60-80 watts. I started at the lower wattage of 60 to begin with. I was instantly surprised at the amount of vapor, about the same as the 0.5 coil, but it seemed denser, more saturated and the flavor was indeed improved (I was using the same liquid that I’d been using with the original coil). I upped the power in 3 watt increments and each time the vapor got warmer and more saturated and the flavor improved. I got to the suggested maximum of 70 watts and it exceeded all my expectations. I’d never had such flavor from this e-liquid, I didn’t even know about all the subtle tastes that were in it!

It seems reviewers of other mesh coils are right, mesh really does improve the flavor!  I wonder what they’ll think of these new Aspire mesh coils? My guess is that they’ll love them as much as I do now.

So now, all you flavor chasers out there, get these Aspire mesh coils for your Cleito Pro tank, you won’t be disappointed, you’ll just be amazed.  Do it now! get some mesh coils, you’ll thank me too, I’m sure.