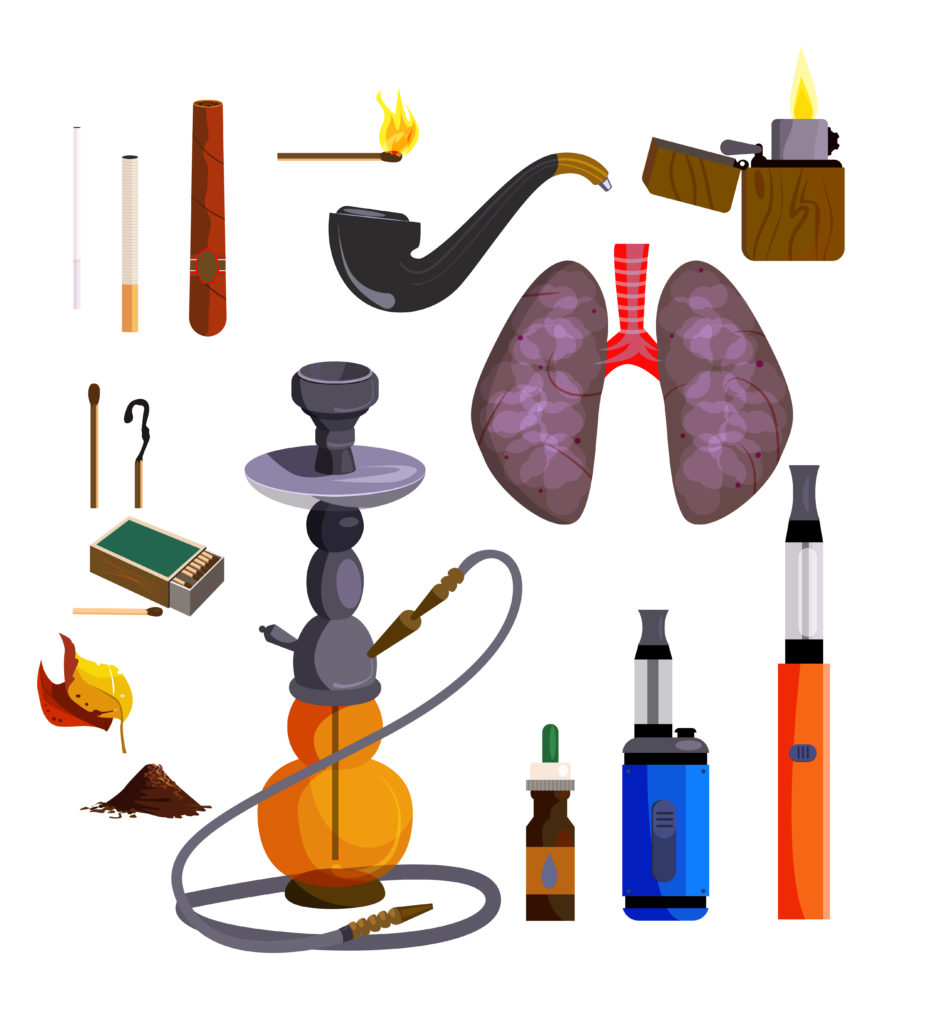 Some people wonder how vaping works and what to expect when you quit smoking and start vaping. There are many misconceptions about vaping an e-liquids. However, the intake process and the ingredients in the e-liquids are actually pretty simple. For instance, vaping is just the process of inhaling an aerosol (also known as vapor) and e-liquids are a combination of mainly two ingredients: propylene glycol and vegetable glycerin.

Nonetheless, the vaping inhalation process is slightly different to smoking. For example, in vaping we talk about DTL (direct to lung) and MTL (mouth to lung). The latter one is the common smoking inhalation method.

Vaping was created as a healthier alternative to tobacco smoking. The first vaping devices date back to the 1960s. However, the electronic cigarette as we know it nowadays, was a Chinese invention.

At first vaping wasn’t very popular and it took several years until it spread and became a real alternative to smoking.

What’s In the Vapor?

We have an article about e-liquids and their main ingredients. As previously mentioned, e-liquids are mainly made with propylene glycol and vegetable glycerin, flavorings and other substances such as nicotine or even THC or CBD e-liquids.

Both PG and VG are safe and approved by the FDA. VG is widely used in the cosmetic industry and PG is used as a vehicle for many pharmaceutical preparations. For instance, propylene glycol is a main ingredient in albuterol, a medicine to treat asthma and thus, perfectly safe for inhalation.

Often called vapor, technically the vapor is an aerosol. In other words, a liquid or solid composed of finely divided particles suspended in a gaseous medium.

The main difference with tobacco smoke is that vaping doesn’t burn the plant material. In addition, inhalation is slightly different. For instance, it’s very common the DTL (direct to lungs) inhalation. In other words, the vaper breathes the aerosol and it goes directly to the lungs. However, it’s also possible to vape like a cigarette or mouth to lung vaping. Basically, if the airflow is tighter then you will keep the vapor first in your mouth and then breathe it in to your lungs.

There was a lot of controversy in the US about vaping for more than a year ago. It seems as all vaping problems were related to THC products obtained in the black-market.

There are no vaping-related illnesses in any other country. In addition, recent studies in the UK concluded that e-cigarettes are 95% less harmful than smoking. In addition, it has been proved to be a more efficient aid for smokers than nicotine replacement therapies such as nicotine patches or nicotine gums.

What to Expect When You Quit Smoking and Start Vaping?

What to expect when you quit smoking and start vaping? Simple, you can expect health benefits in your lungs and health in general. There is no doubt that vaping is much safer than tobacco smoking. As a matter of fact, there are no negative health issues associated with nicotine.

Switching from Smoking to Vaping and Health Benefits

Basically, you can expect the same results as a person who quits smoking altogether. Within a few hours, your blood will regain the same amount of oxygen that had before you smoke. In other words, your oxygen level will return to normal.

Additionally, your lungs will begin to detoxify from all the irritation an excess mucus accumulated after years of smoking. This generally happens just 5 days after you quit smoking.

After switching from tobacco smoking to vaping, you will rapidly notice that your sense of taste improves. Your taste buds are sensitive structures and your blood circulation will also improve. This will have a positive influence in your taste buds and food and drinks will taste more.

It’s possible that if you are a smoker, you are coughing every day. The more you smoke the more you cough. This is because of the tar accumulated in your lungs and the irritation that it causes in your lung tissues.

When you quit smoking and start vaping, it’s possible that you will experience a period where you will cough more than before. However, this is quite normal because your lungs are more irritable. Nonetheless, this coughing will reduce over time.

Coughing isn’t a negative effect though; coughing is our body’s response to an excess of tar and toxins in our body.

Furthermore, within a few days, you will notice that your breathing drastically improves. Your bronchial tubes aren’t exposed to tar anymore and therefore you will have more energy.

From six months onwards you will notice that coughing and wheezing are almost gone.

What to Expect When You Quit Smoking and Start Vaping: Nicotine

When you quit smoking, it doesn’t mean that you must quit nicotine. Vape e-liquids come in different strengths and you can choose a nicotine strength that satisfies your nicotine needs and thus you won’t crave for cigarettes.

You can expect a lot of health improvements from switching from tobacco smoking to vaping. Within a few days, you will start experiencing many health improvements. For instance, your food will taste better, you will increase your lung capacity and a long etcetera. Moreover, vaping will help you get your nicotine and hence you won’t crave for cigarettes.

It’s not easy to quit smoking, but vaping can help you quit a harmful and dangerous habit.