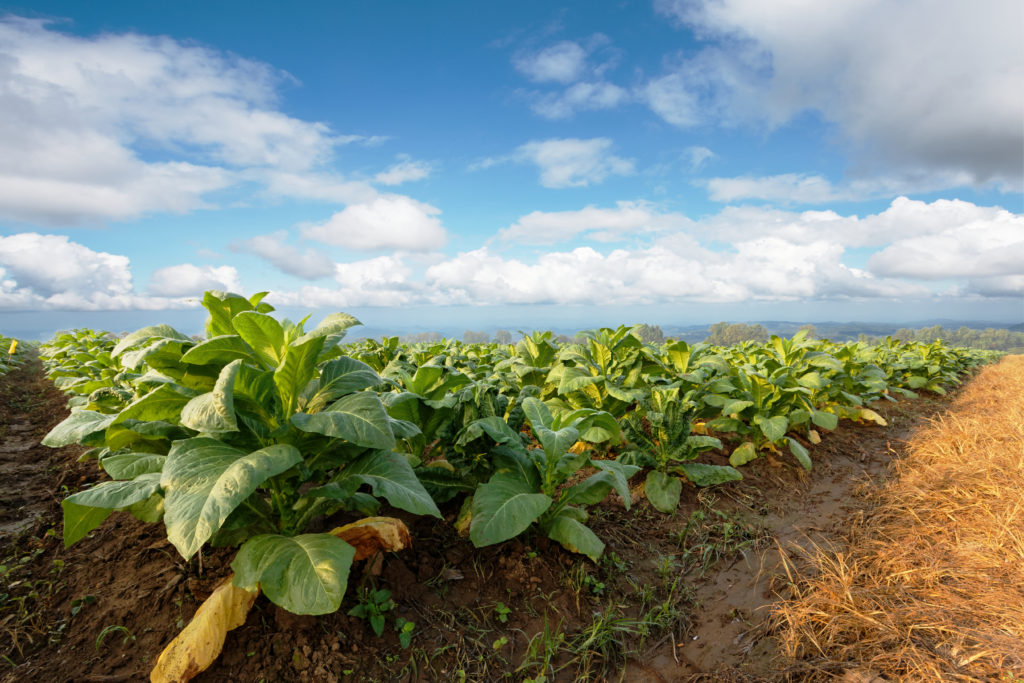 It seems difficult to talk about the medicinal uses of a plant that is responsible for more deaths than any other one in the planet. Tobacco smoking causes 3 million deaths a year worldwide.  With this data, it seems difficult to talk about any positive health effects … However, even though tobacco smoking is harmful and contains more than 4 thousand chemicals, it was used along history to treat a wide variety of ailments. In addition, recent researches have proved that tobacco has anti-inflammatory properties.

When we talk about tobacco as medicine, we usually understand the use of nicotine for tobacco replacement therapies such as nicotine patches and nicotine gums. Nonetheless, tobacco was used way before as medicine by many pre-Columbian civilizations for many purposes: from fighting fatigue to disinfection.

The tobacco varieties used for centuries ago were very strong to be inhaled. That’s why Christopher Columbus reported that tobacco caused loss of consciousness. Tobacco started to be inhaled with the development of a sweeter Virginian tobacco variety.

Apparently, tobacco was used even as a teeth whitener. Native Americans mixed tobacco with chalk to whiten their teeth.

Tobacco was thought to be a panacea by some Native Americans. For example, Pedro Álvarez de Cabral mentioned the use of tobacco by Brazilian indigenous groups to treat ulcers, polyps and other ailments. It was considered useful for desperate medical conditions.

Tobacco as Medicine in pre-Columbian America

In Mexico, it was thought that breeding the odor of fresh tobacco leaves could cure headaches. In addition, they believed that rubbing tobacco leaves inside the mouth relieved common cold symptoms.

Furthermore, tobacco leaves were used to cure wounds by placing a mixture of tobacco and salt on it.

There are many other reported uses of tobacco as medicine. For example, tobacco was also use as an anti-diarrheal and even to relieve pain.

Medicinal Use of Tobacco in Europe

European medicine used tobacco to treat many ailments. Most of the medicinal knowledge came from the indigenous people of the Americas. For instance, it seems as tobacco was prescribed to treat ulcers and basal cell cancer.

It’s important to emphasize that for today’s medical standards, most of the tobacco uses as medicine were either placebo or completely useless.

In the 19th century, tobacco was also used to treat many ailments such as tetanus, intestinal worms and even strychnine poisoning.

The medicinal uses of tobacco continued in the 20th century. For example, tobacco was used as an antiseptic for superficial wounds and also for pruritus and other ailments.

There are some studies claiming that people who smoke have lower risks of Parkinson’s disease. Furthermore, some sources claim it helps to reduce risks of developing Alzheimer’s disease (this is more controversial).

Tobacco as medicine is no longer supported by any official health institutions. It was considered as a panacea, but medical advancements have proved that tobacco has little to no effects in the treatment of any disease.

But now scientists have been able to produce medicines for several autoimmune and inflammatory diseases, including diabetes, using genetically modified tobacco plants.

The researchers found that tobacco plants are able to process forms of a strong anti-inflammatory cytokine, generating the active cytokine at sufficiently high levels to enable the use of tobacco leaves without long processes of extraction and purification.

No public health agencies are endorsing smoking as a medicine anymore. It was considered a panacea, but medical advances have shown that in the treatment of disease, tobacco has little or no effects.

Nicotine, however, is a stimulant that may help to concentrate. In addition, it has both stimulant and relaxant properties.