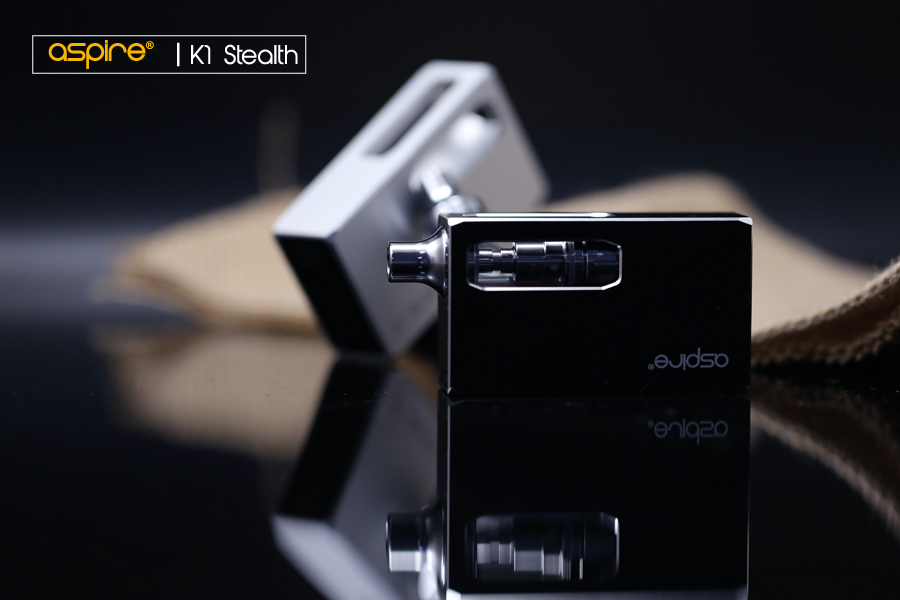 How to Stealth Vape with Aspire Vapes

As I grow older, smoking in public isn’t cool any more. I began to vape not just because it does less harm to my physical health than smoking does, but also that its aroma is less likely to annoy others. The non-smokers, however, have generally formed a stereotype that vapor equals smoke. Some vape devices also generate huge amounts of vapor.

Therefore, stealth vaping is a more considerate step to take in public, especially when you do not want to draw others’ attention. This kind of vaping only produces small quantities of vapor that is not easily spotted. I have summarized some tips below for those who face a similar situation as I, craving to vape whilst nobody notices. These steps of stealth vaping throw me back to the old days that I chewed snacks in the classroom without being caught, exciting but satisfying.

So let’s start the adventure, so long as you completely understand that stealth vaping doesn’t mean that you are allowed to vape in the various banned places like airplanes, public transport, hospitals, schools and so on. Otherwise you will probably be punished or arrested due to breaking laws or regulations.

Tip 1 Get a pod vape

Pod vapes are small enough to fit in pockets and purses, not mention to hiding it in the hand. You can simply disguise the fact that you are vaping and put your fist to your mouth and take a short puff, as if nothing is happening. Typically, it is optimized by using the small vapes with low power and a tight MTL draw. Obviously, the sub-ohm coil is the not the type to use in these circumstances.

Some vapes have the lights at the bottom of the device, some are on the side of the device. The tiny light turns on when you are puffing or checking the stages of wattage. You can conceal it simply with the fingers. If not, it may be obvious to others, especially in the dark situations.

The shorter you draw on the vape, the less the vapor will be. Although the ultra-portable devices don’t produce plenty of clouds, long draws will produce more than short ones. When exhaling the vapor, it’s better to blow a tight stream of vapor away from people.

These are the basic steps to stealth vaping, and there are some great Aspire pod vapes that help to do the job of vaping in secret. Some are ultra-portable and pen-like, some are a combination of mini tanks and palm-sized mods. What is important to know is that Aspire devotes itself to creating an elegant appearance and high quality vapes at all times. Speaking of not calling unnecessary attention to vape your device, Aspire would always be my first choice brand to consider.

Aspire’s newly launched K1 Stealth Kit is the most attractive device if you would like to vape secretly. As its name suggests, this new device aims at offering a new experience in stealth vaping. The palm sized device can promise that it you will truly fit in the palm of your hand. The K1 Plus Tank is designed to be embedded in the K1 Stealth Mod, which greatly shortens the whole length, of just 82 mm. The cut-outs in the shell will protect the palm if you grip too hard (just kidding). The two coils are 1.8Ωand 1.6Ω, respectively. Vapers are able to change wattage settings among 8, 10 and 12 watts according to their preference. The smaller size doesn’t mean less tank capacity and battery time. With 2.4 mL for standard version and 1.9 mL for TPD version, the K1 stealth can work for a comparatively long time with it’s 1000 mAh built-in battery. Besides, the tiny indicator lights are at the bottom, flashing in red, blue and green color to show the charge status when the USB cable is connected. By pressing the bottom button twice, the lights will turn on as the output wattage changes. Be cautious if you don’t want to draw others’ attention.

The Cobble AIO Kit is ultra-portable and light to hold in the hand or put in the pocket. It is built with the non-replaceable 1.4ΩBVC coil, which guarantees the rich flavor as well as a restrictive draw. The LED light is on one side of the device, and fingers can naturally cover it to avoid others’ attention. The Spryte AIO, shaped like a lighter, comes with 1.8Ωand 1.2Ωcoils, the tight vaping experience also allows you to take a short puff and produce less vapor. 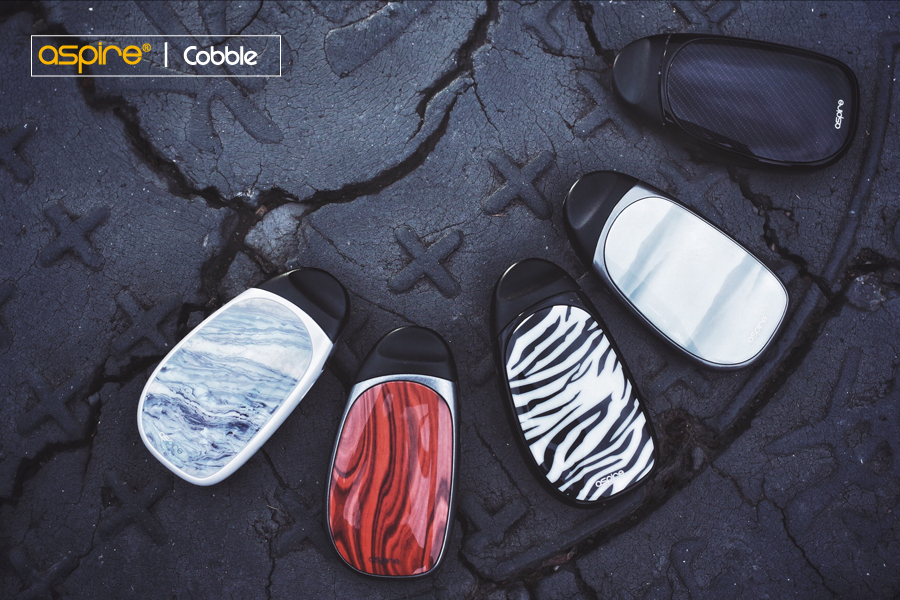 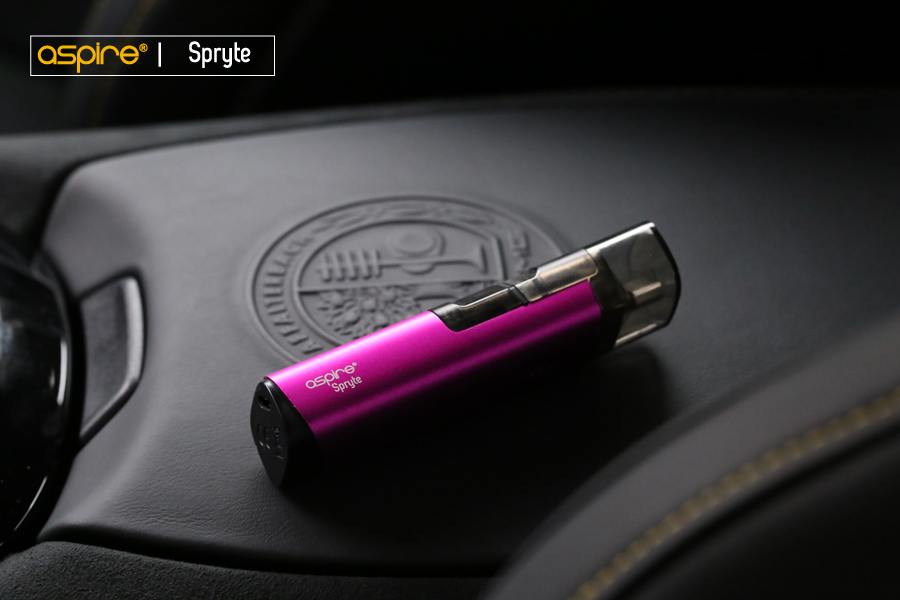 Pen vapes disguise themselves well because of elegant appearance, which avoids potential criticism from any onlookers. Thanks to the stick appearance, you may leave a neat and smart impression on other people, not knowing that you have a cigarette alternative which looks like a pen in your shirt pocket. Some Aspire fans also love the classic series of CF vape pens, such as Premium Kit and Platinum Kit. Though both of them are designed for sub-ohm tanks to pursue heavy clouds, Aspire keeps innovating the products to meet all the needs of customers. The Aspire PockeX is the pen vape for the restrictive draw pursuers.

PockeX AIO is another wise choice for stealth vaping. It’s slim and short, which is perfect for on-the-go vapers. The Pre-installed 0.6Ωcoil, is also changeable with a replacement 1.8Ωcoil for further reduced vapor production. 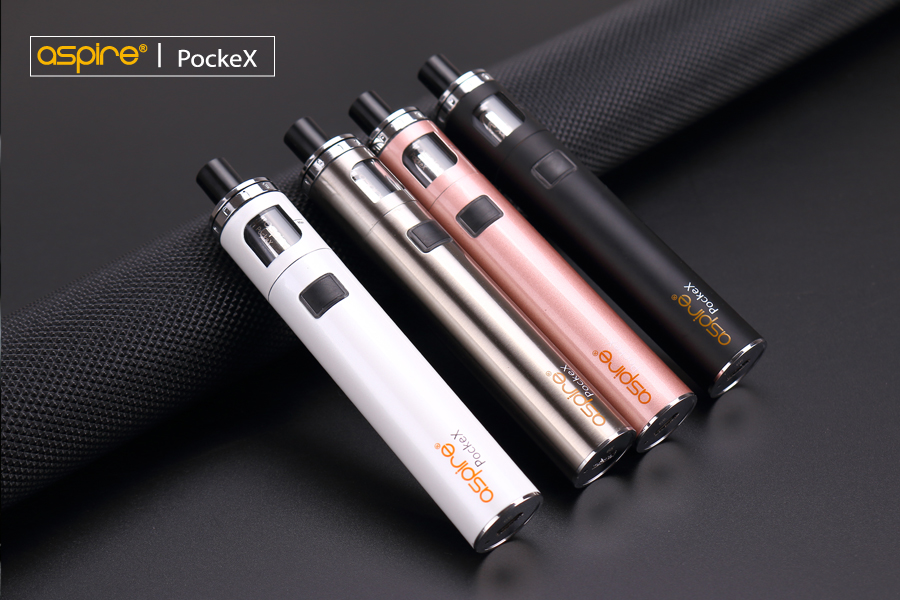 The Other Facts about Stealth Vaping and Ultra-Portable Devices

Except for the above tips, there are some facts that you may need to know before stealth vaping. First, you have less flavor choices of e-liquid because the ultra-portable devices have the specific cartridges, which limit the taste selection. Second, the ultra-portable devices are free from leakage due to disposable cartridges, which improve your vaping experience. Third, you may experience smaller liquid capacity and lower battery life. Owing to the more portable size, customers can only use ultra-portable vape devices for a short while, therefore less e-juice is required. In addition, the stealth vaping might be good news to those who are quitting smoking, since some e-liquid contains a higher nicotine level if the device is small and portable.

This article was written in English and submitted by a Chinese national, living in China. It was not translated.
Aspire customers enjoy our products all over the world!

They all Aspire to be! 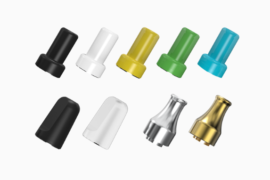