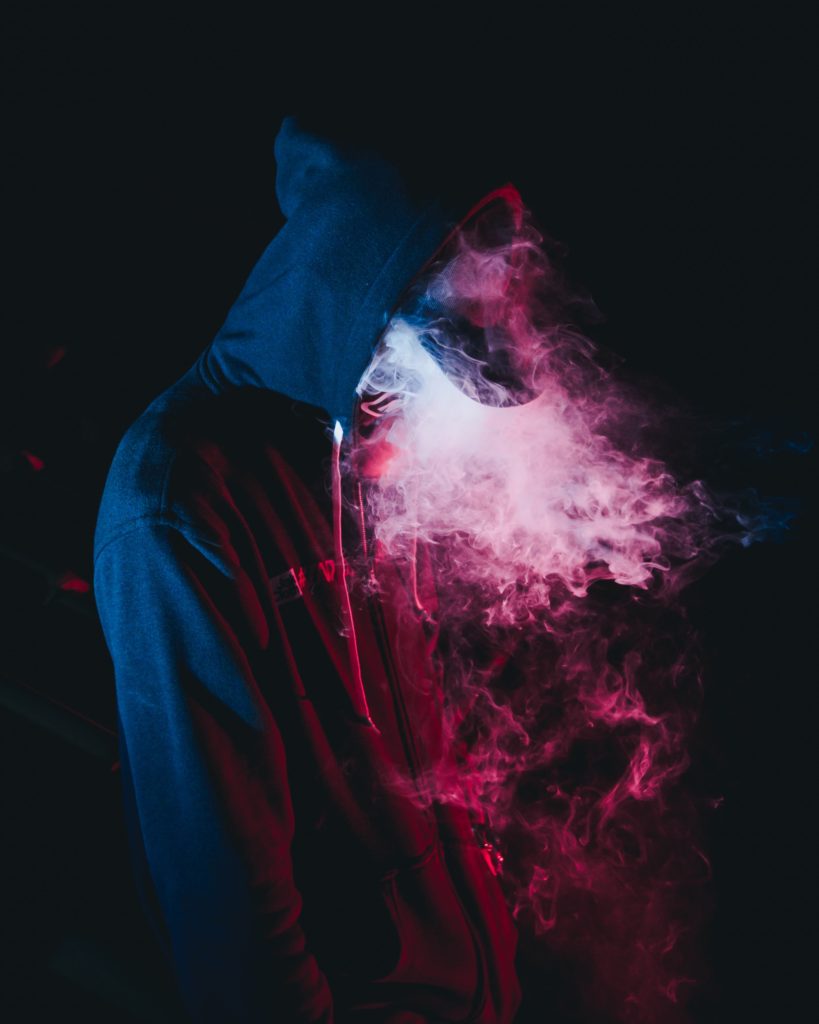 However, if you are vaper, you shouldn’t worry about gain weight! Just keep calm, as there is no evidence that vaping will cause weight gain and the calories that you may ingest are just minimal.

On the other hand, nicotine is generally considered an appetite suppressant and that’s why many smokers are afraid that they will gain a lot of weight after they quit the habit.  Moreover, many vaping e-juices are sweet and that’s another reason why some vapers believe that it will contribute to gain weight.

Vaping is Different from Smoking

Vaping consists of inhaling aerosols or vapor using a battery-powered vaping device. It is a relatively new phenomenon whose popularity is rising as a healthier and safer alternative to tobacco smoking. Some people put vaping and smoking into the same category. However, vapes are different from traditional cigarettes in terms of their structures and functionality.

Further, some vapers have reported that vaping sweet e-juices help them to restrain from eating sweets. In other words, it has helped some users to lose weight instead of gaining weight! There are many vapers reporting this positive benefit!

While e-juices contain calories (around 4-5 calories per ml), it hasn’t been proved that you can absorb those calories through your lungs. In addition, think that a single grape contains 2 calories, not to mention an apple…that contains approximately 95 calories!

Is it too much?? No, you eat way more calories than that every day. In other words, this means that you would have to vape or eat tons of grapes in order to alter your blood sugar levels.

Why Are Some Users Worried About Vaping and Calories?

What concerns some vapers is the sweetness of e-juices. However, it is important to mention that you don’t ingest the e-juice, you inhale it. As result of that, there’s no digestion involved and the calories per ml are very low.

Nonetheless, still many users claim that vaping tastes like it is loaded with sugars and sweet oils. Moreover, it seems as they are quite sure that inhaling it will transform the sweeteners into saturated fats.  But, put it this way, if you eat one cup of cherries then you will ingest 77 calories. However, I’m pretty sure you won’t feel guilty after eating some delicious cherries.

As you probably know, smoking is known as an appetite suppressant and it causes weight loss as a result of a reduced appetite signal to the hypothalamus caused by nicotine.

Furthermore, smoking and nicotine alter glucose metabolism and body weight because of changes in metabolism.

In addition, some users vape nicotine to help them quit the smoking habit. As time goes by, some of these vapers tend to reduce their nicotine intake, and hence, they may experience some weight gain.

Why do they continue smoking?

Believe or not, most of smokers continue doing so because they don’t want to gain weight. For instance, some studies have reported post-cessation gain weight as the main reason to fail to initiate a smoking cessation program.

What can we say about this? Well, better to be a bit fatter than continuing inhaling hundreds of carcinogenic substances that also contribute to heart disease, type 2 diabetes mellitus and even erectile dysfunction.

However, if nicotine is what makes people lose weight, then smokers can switch to healthier options such as vaping nicotine. In addition, they will keep the hand-to-mouth and mouth-to-lungs habits, which means that it won’t be a drastic change compared with nicotine gums.

As the prevalence of tobacco use has been decreasing, the overweight population increases. In addition, obesity is overpassing tobacco use as the primary cause of diabetes, heart disease and cancer.

The possibility of putting on weight after ceasing smoking inhibits smokers to stopping, and post-suspension weight gain is a typical reason for a backslide.

However, there have been many reports of smokers that vaping has helped them mitigate weight gain issues associated with smoking cessation. Nonetheless, still many health associations are skeptic about vaping as a way to replace tobacco smoking.

To sum up, according to this new study from the Society for Research on Nicotine & Tobacco, vaping has some positive attributes that are excellent to help smokers. The benefits aren’t just associated with nicotine at its weight-loss properties, but they also identify taste perception, sensation and behavioral perception and physical mouthfeel.

In conclusion, obesity is a global epidemic, and vaping can help to mitigate it. Furthermore, these new studies prove that it doesn’t make any sense to relate vaping with weight gain, quite the contrary, it helps to mitigate weight gain!