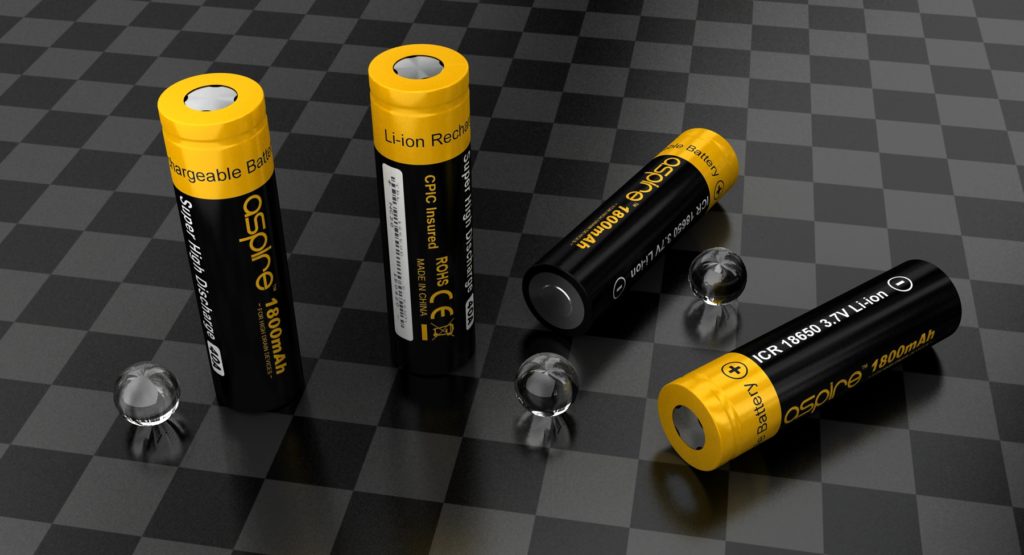 Just thought I’d drop this in here as I was sent some pictures from a friend yesterday. It was about damaged batteries and what kind of damage they could do. He received them from someone else and I was quite shocked to be honest. I couldn’t believe how naïve people were about battery safety.

First of all though my apologies, I’m sure that all you vapers out there that use replaceable batteries know all about battery safety so I could be preaching to the converted but here goes again.

These batteries are fairly powerful and can pack a hefty punch so need to be handled with care, the last thing we need is for them to ‘short out’ causing what is commonly known as ‘thermal runaway’.

Thermal runaway occurs when the temperature of a cell increases in an uncontrolled manner, leading to its failure. This temperature increase generates gases, which vent when the pressure inside the cell rises above a design value. For lithium-ion cells, these gases are hot and combustible, which can become a hazard if a pack was not designed to control the causes and consequences of thermal runaway. It can result in the venting of toxic and highly flammable gases and the release of significant energy in the form of heat. If ignited, these gases can cause enclosed areas to over-pressurize, and if unmitigated, this overpressure can result in an explosion and severe damage to the battery and surrounding equipment or people.

I’m sure we’ve all seen horrific pictures of injuries to people said to be caused by batteries in E-cigarettes so I won’t be putting any more here. Nor shall I write about the specific conditions that caused them.  However we can prevent ourselves from becoming one of these statistics with just a little common sense, powers of observation and care.

I want to reiterate warnings that we see everywhere about the condition of the ‘wraps’ or ‘wrappers’ used on replaceable e-cigarette batteries. Under no circumstances should you use any battery with ANY kind of damage to the wrappers, no tears or rips should be anywhere on the wrapper.

Aspire now include warnings against the use of damaged battery wrappers, which is fantastic!  I think all companies should be doing this as a ‘compliance’ issue when they sell products with removable batteries, well done Aspire!

We can clearly see here damaged wrappers on the right, but its not just the ends of the battery wrap that can get damaged. The sides are also vulnerable to small nicks and cuts, exposing the metal casing beneath and are just as dangerous as the pictures above.

If we look closely at this picture, we can see, just above the persons thumb, a tiny hole in the battery wrap as well as the damage to the end.  Even if the end of this battery hadn’t been damaged, I personally still wouldn’t use it.  That is how observant and careful you should also be.

So, should we throw these batteries away?  Well as long as the battery itself isn’t damaged and its only the wrap, all is not lost.  A lot of vape shops both the physical stores and online actually sell wrappers so that your battery can be re-wrapped, some might even do it for you for the cost of the wrapper and a small fee – a lot cheaper than a new battery.  If you don’t have a physical store you can still buy wrappers online and fit yourself.;  There are numerous tutorials on you tube showing you how do re-wrap a battery easily and safely.

Having checked and re-wrapped your batteries you need somewhere to keep them right?  Whether it’s out of harms way an a drawer or cupboard, or more likely, carrying around so that you always have a spare full charged battery when you’re out and about with your vape.

Now, in your pocket, purse or bag with bunches of keys and other metal objects ………..its just asking for a ‘short’ and a whole lot of trouble.  So again, get to your vape store or online and get some very cheap and affordable but very safe battery cases.  Here are some that I use …

So, take care and be safe with your batteries, don’t become another statistic, I’m kinda sick of seeing such awful pictures to be honest.

Article by Peter of Aspire team

9 Ways to Extend the Life of Your Vape Battery

5 Facts about Aspire AVP from the Reviews