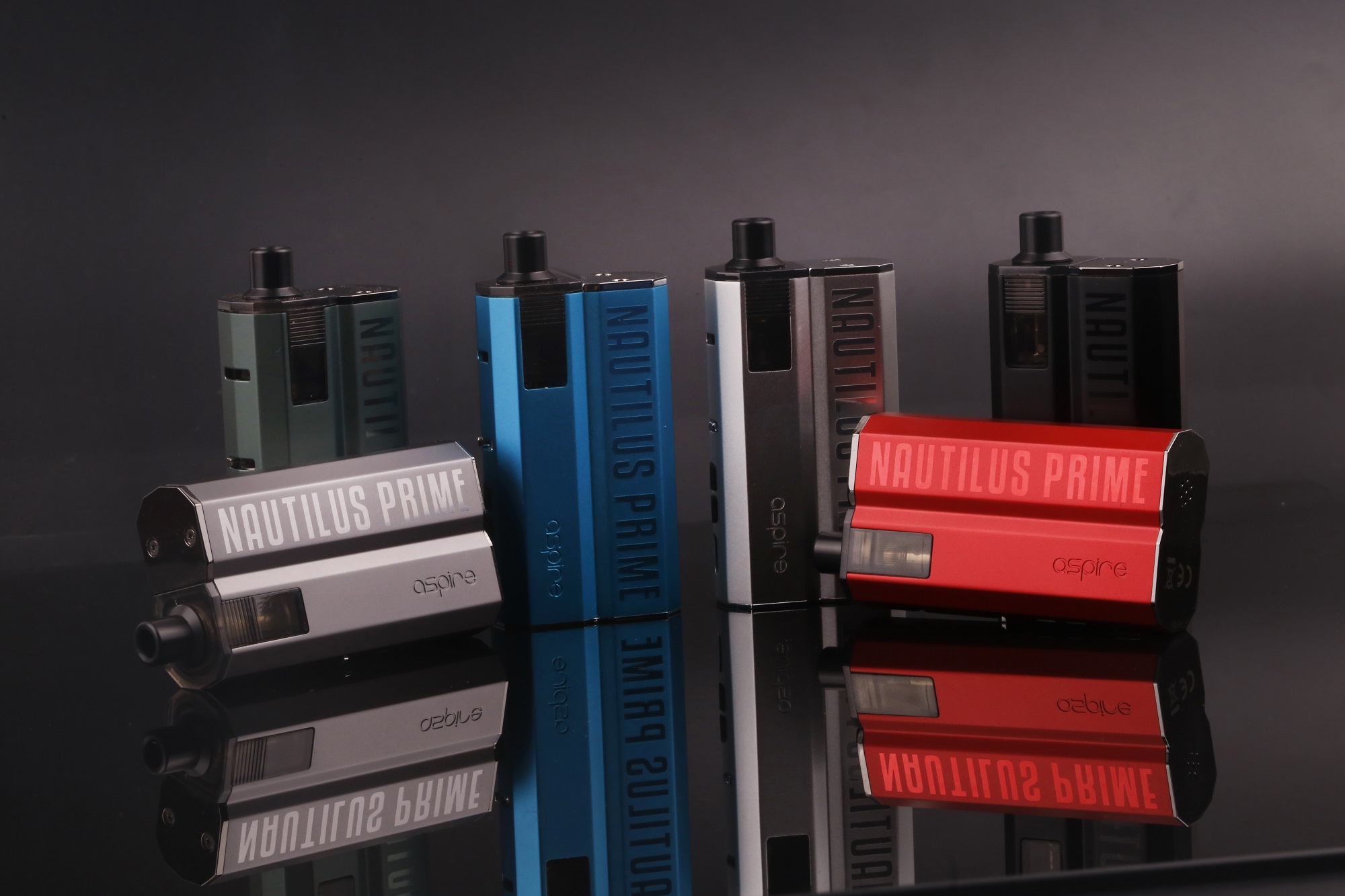 The BP60 and Prime are Aspire’s latest pod mods. Both devices are designed as powerful pod systems as both can reach up to 60 watts of output power.

These two devices offer a similar performance, but the BP60 has more vape settings than the Aspire Prime. In addition, the BP60 has some extra features such as a puff counter to records the times you puff your device.

Even though they are different devices, both the Aspire BP60 and the Aspire Prime offer a similar vaping experience.

The BP60 has more e-juice capacity than the Aspire Prime. The BP60 has a 5 ml pod capacity while the Aspire Prime has a 3.4 ml capacity. Both vaping devices are designed to be vaped with sub-ohm coils. The BP60 comes with two coils, one 0.3 ohm mesh coil and a 0.6 ohm double-shot coil. Both coils are BP coils.

BP60 vs Prime: The Battery

With a slightly more powerful battery, the Aspire Nautilus Prime will last a bit longer than the Aspire BP60.

The Aspire Nautilus Prime offer three output modes, watt, bypass, and voltage. The bypass mode will automatically detect the coil resistance and it will set up the optimal wattage. On the other hand, the Aspire BP60 has two distinct vaping modes: auto mode and manual mode. The auto mode instantly detects the coil resistance. Moreover, there is a best wattage range suggestion. For example, if you choose to vape with the 0.3-ohm coil, the optimal wattage is 35 watts. There is another mode called “manual RBA” and in this mode you will have full control over the UI and you can set the parameters by yourself.

The most obvious difference is the design of both vapes. The Aspire BP60 and the Aspire Nautilus Prime are very different. For instance, the drip tip of the BP60 is wider while the Prime drip tip is narrower.

Both devices are pod mods with similar features. However, the BP60 has some extra features and vape modes such as puff counter. On the other hand, the Aspire Nautilus Prime is a bit simpler and it offer three vape modes: bypass, watt and voltage.

It depends also on what kind of design you prefer. For instance, the Nautilus Prime is slightly shorter and thicker. In addition, the drip tips are also different. Some vapers prefer narrow drip tips while other prefer wider ones.