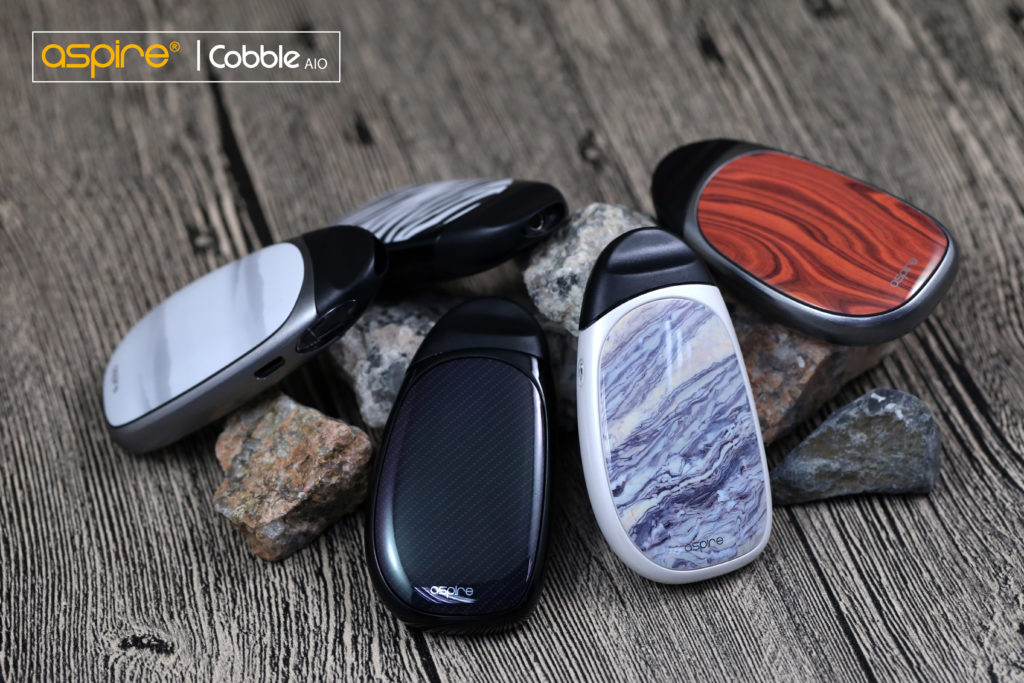 A new pod device from Aspire–Cobbled together? or well thought out?

Cobble – definition (for those of you that don’t know)

To me, it always meant only two things, those big stones that were used to make very old-fashioned roads, you know, the really bumpy roads that were or still are, in old parts of London and other old cities and towns. Or the second definition above,

“.. he always cobbled something together, but it rarely worked well….”

Now here we have Aspire offering me their latest pod system, ‘The Cobble’, would it ‘rock’ my world?

On holding the box, I could feel that it certainly wasn’t something that was used to make roads, this was light! Very light indeed. On opening the box, I could see why, this little gem was small, it sort of disappeared into my hand, not that I have particularly big hands, just normal.  It was smooth too, polished but not slippery, this was a pod device, a beautiful one at that!

I know what you’re thinking,  “.. Oh no, another pod device..”, it went through my mind too.  Right now, there are so many pod devices it’s hard to know which one to choose, they seem to be coming in all sorts of shapes and sizes, and at the time of writing, Aspire has already released three, the Breeze, The Breeze 2 and the one I particularly like because of its size and shape, the Spryte. All three fit well into the pocket or purse and are really good, for different reasons, and for those who own one of them, I’m sure you know why you bought it.

Anyway, back to the Cobble. As I said, it is beautiful to look at and not at all like the ‘cobble’ I imagined, it’s more like the shape of one of the small flat stones that you pick up at the water’s edge to ‘skim’ across the water, trying to get it to bounce as many times as possible. Actually, looking at the smooth object in my hand, I felt that it would be perfect for doing just that, skimming across the water and watching how many times it would bounce, but it would be such a shame just to see this disappear below the surface forever.

I wondered why Aspire would be introducing another pod device, what could be so different? Aspire however is no stranger to innovation as you all know, so what have they come up with this time? Well let’s find out, shall we?

First and foremost, it’s the shape, and I’ve already described that, so let’s look at rest of it. The first thing that strikes me other than the size and shape is the pod, its 1.8ml but looks much smaller when attached to the body of the device, with only a portion sticking out but it’s easy to see your e-liquid level though the little window in the side. It’s re-fillable too, and it’s just a case of removing the pod by easing it up from the ‘window’ side, turning it upside down and filling through the port which is covered by a silicon plug, just as in the two Breeze models and the Spryte. This pod however is a ‘Fixed Coil Pod’ device (FCP), that is to say that the coil is not replaceable, it’s fixed. Now most pods of this type are a), not very long lasting, even if they are refillable, and b), not fantastic when it comes to flavor. However as Aspire is nothing if not innovative and innovate they have with this Cobble device. What they have done is used a BVC coil, yes, a BVC coil, in a pod device! This means that the flavor is just as good as other BVC coils that Aspire makes for its other devices with more than decent vapor production too. With the added bonus of a longer life! I told you Aspire was innovative. I personally am not sure if anyone else has yet put a BVC type coil in an FCP device.  The device itself is also a draw activated device, no switches, no button to press, with just an LED type indicator to tell you its working (or charging when connected to a power supply via the USB port). The mouthpiece of the device is small and comfortable, very comfortable. And the draw activation is almost instant, the vapor production is just what you’d expect from an Aspire BVC coil with a nice full flavor, again just as you’d expect. The draw itself is a smooth mouth to lung type experience, perfect for those people who are trying to quit smoking and experienced vapers like me who also enjoy a mouth to lung draw. The BVC coils are made from nichrome wire and are designed for use with Nic-salts or normal e-liquid, I was using Nic-salts at 12mg and it was just perfect, full of flavor, I really like this device, so I just slipped into my shirt pocket and continued with my day, although at times because it was so small and light I forgot it was there and had a mini panic when I thought I’d lost it.

It seems Aspire has done it yet again with the Cobble, come up with something innovative, that’s like but so unlike anything else on the market, and not just ‘cobbled together’ something just to jump onto the vaping market bandwagon. A VERY well thought out and well-designed device from Aspire, and yes it can ‘rock your world’ too. 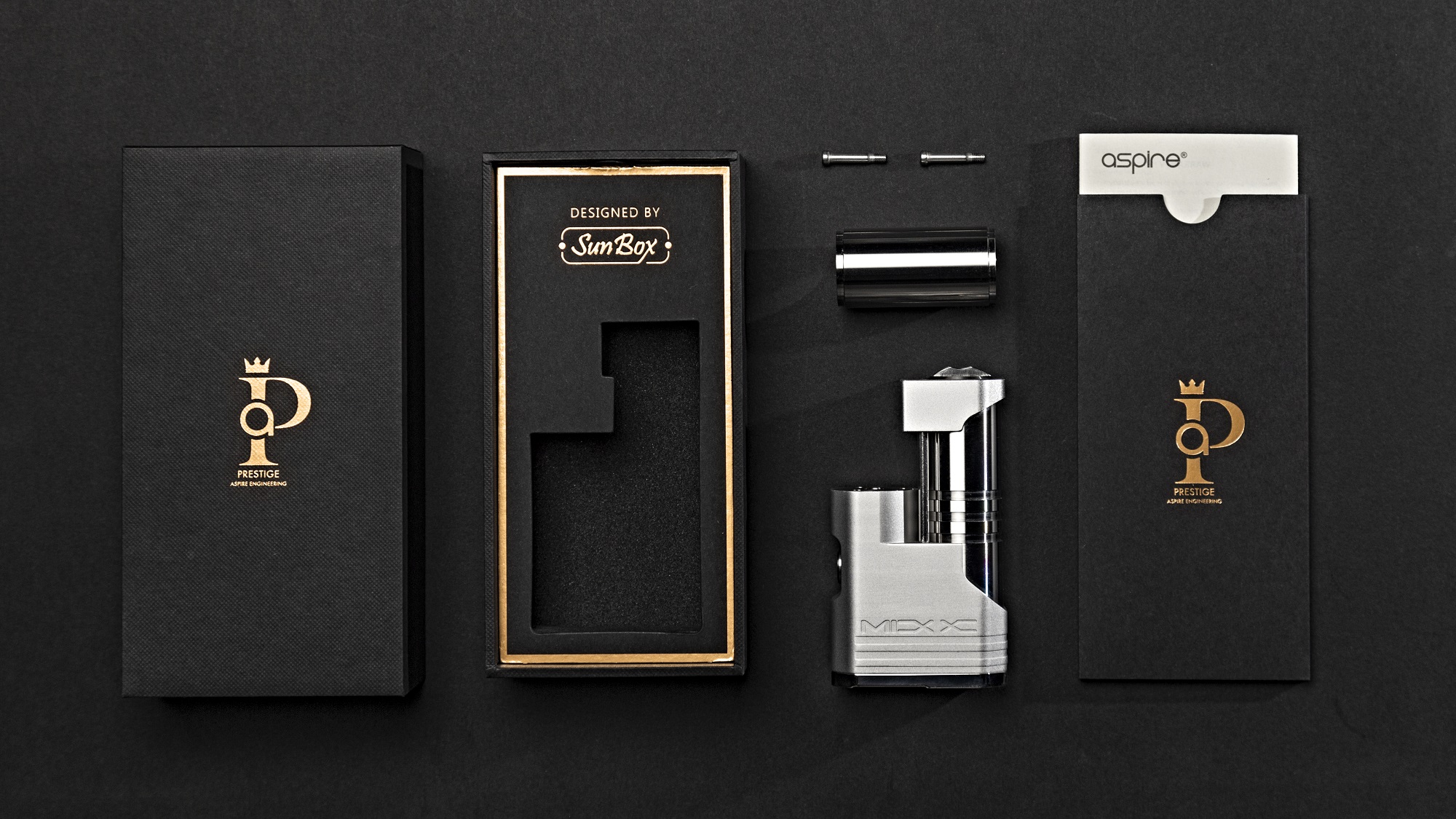 Aspire MIXX Mod: The New Aspire Side by Side Mod